Tamales From Forth Worth,
Texas Rodriguez Foods

Seeking opportunity and relief of the ravages of the Mexican Revolution, Florencio Rodriguez brought his family to Fort Worth, Texas in 1917. Here our family made a living working in the Swift & Company Meat packing plants, which employed many North Side residents during the Great War. Florencio’s son Rodolpho Rodriguez Sr., our family patriarch of this story, opened his first grocery store in 1939 near the Historic Fort Worth Stockyards. Rodolpho and his wife Juanita would make barbacoa, Menudo, tamales, other Hispanic foods, and sell groceries to their north side neighborhood. It was a very close and tight knit community. 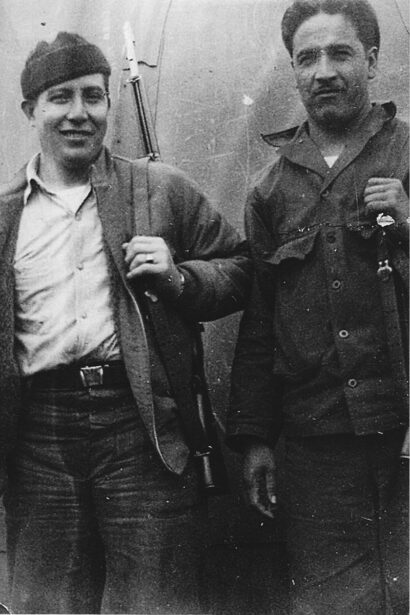 In 1942 Rodolpho and his brothers enlisted to serve in World War II believing that he wanted to do his part for a country that gave him so many opportunities. Rodolpho honed his culinary skills as a cook on a naval aircraft carrier stationed in the Aleutian Islands. In his absence, his wife Juanita Rodriguez operated the Rodriguez Food Mart while raising four children. Juanita butchered the meat, made Hispanic foods to sell and ran the store on 22nd St then to a new location on Central Av. It was hard work, but she was determined to provide for her family. Rodolpho returned from war in 1946 exuberant with his wife’s success, and together they ran the grocery store with the help of their children. In 1965 Rodolpho and Juanita’s Sons, Rodolpho jr. “Rudy” and Ernest Rodriguez, began exploration in the commercial production of tortillas and other Hispanic foods. Rodolpho sr. converted the grocery store to join his sons in the tortilla business. They were later joined by other siblings Raul, Charlie and Alice. As a family they went on to have many successes in food manufacturing. In the mid Eighties Rodriguez Festive Foods was honored and recognized by the Tortilla Industry Association for being a pioneer In the Tortilla Community.

104 years since our family arrived to this great State of Texas, Rodriguez Foods now specializes in producing Tamales just down the street from where our family’s original grocery store once was. We are operating with second, third and fourth generation Rodriguez Foods family members at the helm. Our management includes our current patriarch, Ernest Rodriguez Sr, our President, Phillip Rodriguez, Vice President Brenda Gilby, Phillip’s sons Nicholas and Lukas Rodriguez.


We are a proud Hispanic Company who owes our success to our wonderful customers, employees and all who have helped us along our path. We love working with our long-term employees, many are simply part our company family. We are only one example of the many great businesses in Fort Worth, Texas coming together for a shared goal and dream.  It’s through passion, perseverance, creativity, and love for this business that we continue.  Thank you for taking the time to learn a little more about our Family and Friends